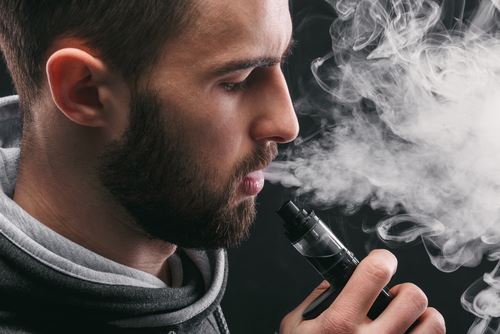 E-cigarettes dominate the tobacco market in the United States. The CDC found that e-cigarettes constituted 56% of the market in 2016 – a drastic rise from the 42% share they held in 2012. That number has further increased over the last two years, as their popularity continues to skyrocket. Of particular concern to agencies like the CDC is the appeal e-cigarettes possess for teenagers, due to the wide range of enticing flavors offered, and to the high levels of nicotine they contain.

Now the FDA has taken interest as well, opening an active investigation into San Francisco e-cigarette maker Juul Labs. As early as April of this year, the FDA requested marketing and sales documentation from Juul Labs and other major e-cigarette manufacturers, giving the companies 60 days to create comprehensive plans to curtail youth use. Could these companies be held accountable for falsely advertising e-cigarettes to young people as safe and even glamorous? In this post, our Sacramento false advertising lawyers will review the threat of e-cigarettes to America’s teenagers, and discuss whether this kind of marketing tactic could constitute illegal activity.

E-Cigarettes and the Risk to America’s Teenagers

The e-cigarette craze was originally heralded as the solution to cigarette addiction, and companies like Juul Labs are still adamant about only marketing to addicted adults. By claiming that e-cigarettes (also known as vapes) posed fewer risks of lung cancer and lower rates of nicotine dependence than their combustible cousins, e-cigarette makers soon began to reap significant financial rewards. Although few studies had been performed on the long-term effects of vaping, consumers rushed to try products that came in flavors like fruit, mango, and mint.

Now, e-cigarettes are so ubiquitous that restaurants, bars, and airplanes have added new regulations about using them, in addition to bans on traditional cigarettes. While vaping manufacturers claim otherwise, e-cigarettes have  become popular with the younger generation, and teenage nicotine use has seen a dramatic upswing in the last decade as a result. The problem has become such a concern to groups like the CDC and the American Association for Cancer Research that in July 2018, a major briefing convened on Capitol Hill to discuss the risks to teenagers.

After data showed a 75% increase among high schoolers this year as compared with 2017, the FDA has excalated efforts to halt what they call the “epidemic” of teen e-cigarette use. Research shows that children as young as 14 may be offered e-cigarettes regularly, and becoming addicted to the high levels of nicotine. And according to the National Academies of Sciences, Engineering, and Medicine, e-cigarettes do create hazardous emissions.

While it’s clear that there are still many risks posed by e-cigarettes, especially to teenagers, the question arises: Are the e-cigarette companies at fault for falsely advertising? In light of the FDA’s investigation, it’s worth reviewing what constitutes false advertisement.

It’s illegal to misrepresent products to the public, either about their general characteristics or their origins. At the federal level, the Lanham Act allows consumers recourse to sue companies if their advertising has crossed that line. Additionally, in the state of California (where many of these companies are headquartered), the Unfair Competition Law actively prohibits deceptive advertising, and allows similar grounds to sue as the Lanham Act.

Based on these laws, it’s clear to see that there may indeed be grounds for consumers to sue e-cigarette companies, especially if their children have been lured by wide flavor selections and minimized health risks. There have already been three such lawsuits this year alone, explicitly citing that young children became addicted to nicotine and sustained injuries from these products. As the FDA continues their investigation into the marketing strategies used by these popular companies, their findings may very well constitute grounds for more false advertising suits to come forward.

Has your child’s health been negatively impacted by electronic cigarettes or vaping devices? You can contact our Sacramento false advertising attorneys at Kershaw, Cook & Talley for a free consultation. With more than 1 billion recovered in outcomes for our clients, we provide compassionate counsel with years of expertise.