5 Dangerous Prescriptions You Should Know About 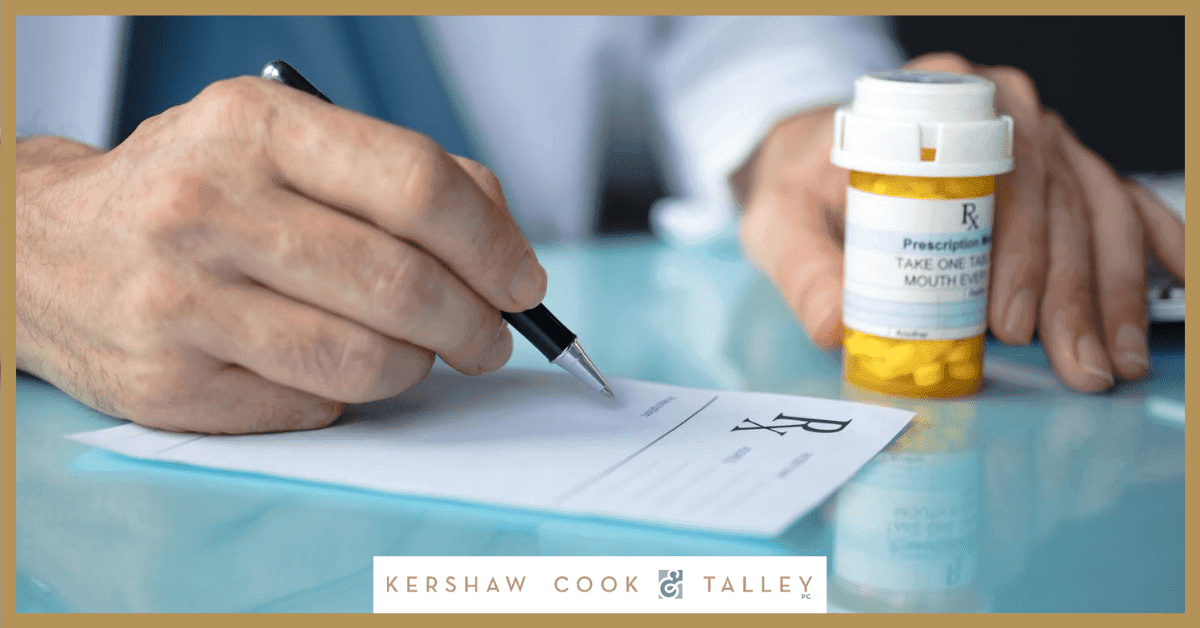 When we pick up a prescription from the pharmacy, we expect it to work as intended and to help us with whatever ailment or condition we experience.

Unfortunately, prescription medications are just as susceptible to defects as other types of products. What’s dangerous about a defective prescription, however, is that it can have serious and immediate health complications for the patient taking it.

Below, our Sacramento personal injury attorneys discuss five recalled prescriptions you should know about in order to protect your health.

Accutane was a popular prescription medication that was used to treat acne for approximately three decades. However, the manufacturer was hit with thousands of lawsuits after several side effects were discovered, including an increased risk for inflammatory bowel disease and suicidal thoughts. Additionally, anyone using Accutane while pregnant was at an increased risk of miscarriage and premature birth.

Subsequently, the FDA issued the following warnings on their website about this drug:

While the production of Accutane has now ceased, there are some generic versions of the drug still available. However, they are not widely used.

Valsartan was used to treat high blood pressure and heart failure. It works by relaxing blood vessels so that blood can flow more easily, which reduces the risk of strokes, heart attacks, and kidney problems.

However, in July 2018, the FDA announced a voluntary recall of several prescription drugs containing Valsartan due to contamination with an impurity of N-nitrosodimethylamine, or NDMA, a potential carcinogen.

Now, lawsuits are being filed against Valsartan manufacturers by patients who developed cancer after taking the drug for one year or longer.

Vioxx was a prescription painkiller often used for arthritis. It was a popular drug used by 20 million people in the United States and even notable athletes. However, Vioxx contributed to nearly 28,000 cardiac-related deaths over a five-year span and worked out to approximately 4 people suffering heart attacks for every 1,000 who used the drug.

The drug was removed in 2004 in one of the most infamous drug recalls in history. It was later discovered that the drug’s risks were known for years before the FDA or the manufacturer took any action. As such, tens of thousands of lawsuits were filed against the drug’s manufacturer, and the case was settled for $4.85 billion in 2013.

Seldane was the predecessor to Allegra. It was the first nonsedative antihistamine introduced to the market. It was used as a prescription antihistamine in the late 1990s. However, the FDA requested a voluntary recall of the medication in 1998 due to its risk of fatal interactions with other drugs.

Soon after this voluntary recall, Seldane’s manufacturer developed and released Allegra, another antihistamine medication that does not interact with other drugs and is available over-the-counter (OTC).

While Zantac was not a prescription medication, its recall was notable for the drug’s popularity. In early 2020, the FDA requested the recall of Zantac, a popular heartburn medication, from the market. It was discovered that only one tablet of Zantac contained more NDMA than 30 packs of cigarettes. This is also the case for other medications that contain ranitidine.

Since this recall is so recent, you have several legal options to pursue if you are one of the affected patients. Call Kershaw, Cook & Talley at (916) 520-6639 to schedule a free consultation and learn how we can help you seek justice.

What to Do if You Were Harmed by a Dangerous Medication

Knowing you suffered a serious injury or illness due to a dangerous or defective medication can seem overwhelming. You may be suffering physically, emotionally, and financially. It’s not right for you to have to cope with this tragedy on your own when a negligent drug manufacturer was responsible for your injuries.

At Kershaw, Cook & Talley, our Sacramento personal injury attorneys understand the devastating consequences that defective drugs and medical devices can have on patients. As such, we make it our mission to protect plaintiffs’ rights against the interests of large corporations and their insurers. Our team can help you recover compensation for the following damages in this situation:

These drug manufacturers not only have the resources to send safe products to market, but they also have the legal and moral responsibility to do so. To that end, our team wants to help you obtain justice against such organizations that robbed you of your health and happiness.