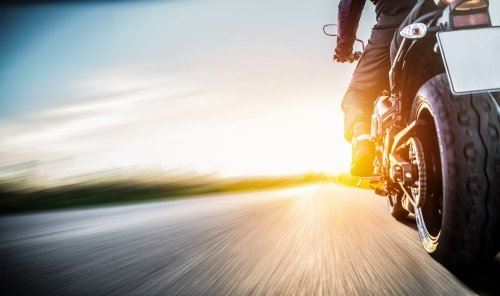 Lane splitting in California was always a bit of a grey area—that is, until governor Jerry Brown signed the landmark law which allowed the California Highway Patrol (CHP) to set explicit guidelines for the practice, but not to explicitly authorize it. Unfortunately, this—combined with a number of other factors—has led to a rising national rate of motorcycle fatalities. The number of motorcycle fatalities went from 2,320 in 1994 to 5,286 in 2016

And it doesn't seem to be slowing down.

Lane splitting is when a motorcyclist cuts between lanes of slower-moving traffic or pulls in front of stopped traffic at a red light. The practice has always been controversial in the states. Proponents say that it cuts back on California’s traffic problems, while critics say it injures motorcyclists and causes accidents. California is the only state that allows lane-splitting in any form.

In May 2016, the assembly voted to explicitly allow lane splitting with a 50 mile per hour (mph) speed limit. The Senate watered down the bill significantly, but ultimately approved the bill unanimously. The American Motorcyclist Administration has worked with the CHP to establish safe guidelines for lane splitting that helps both riders and drivers. Previously, the guidelines advised motorcyclists to travel no more than 10 mphfaster than the flow of traffic, and only to lane split when other vehicles were traveling 30 mph or less.

The CHP established guidelines over the summer last year. However, those guidelines are not the same as laws. Police officers are not strictly able to ticket those who violate the guidelines, but they can use their discretion if they believe someone is driving recklessly. As of now, the guidelinesstate the following:

As of now, lane splitting is still a legal grey area, but in the future we may see more formal legislation established. If you’ve been injured, please contact our Sacramento motorcycle accident attorneys at Kershaw Cook & Talley today.