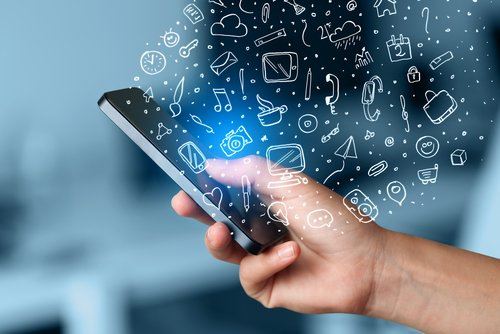 In re Apple iPhone Antitrust Litigation, Case No. 14-15000, 2017 WL 117153 (9th Cir. Jan. 12, 2017), involves a putative class of iPhone users who purchased iPhone apps through Apple’s App Store since July 2008. Plaintiffs allege that Apple monopolized the market by disallowing app purchases outside the App Store, leading to stifled competition and higher prices. Apple tightly regulates the iPhone ecosystem, in particular, root access to the iOS software on which the iPhone runs. Apple charges app developers a 30% commission on apps sold and may reject apps based on their content and features. iPhone users are unable to install third party applications, extensions, and themes outside the App Store without jailbreaking their devices and potentially voiding their warranties in the process. Apple.com, Support, Unauthorized modification of iOS can cause security vulnerabilities, instability, shortened battery life, and other issues (June 15, 2018), http://support.apple.com/en-us/HT201954.

In a ruling against Apple, the Ninth Circuit held that Plaintiffs were direct purchasers of apps from Apple and, therefore, had standing to sue for monetary damages under federal antitrust law. The U.S. Supreme Court recently agreed to hear the case on certiorari in light of the split between the Third, Eighth and Ninth Circuits. As a result, the U.S. Supreme Court is poised to decide whether Apple’s App Store is an unlawful monopoly in a landmark case that will have far-reaching implications for other digital distribution platforms such as the Google Play Store, Amazon AppStore, BlackBerry World, and over 300 other app stores. Artyom Dogtiev, Businessofapps.com, Guide, App Stores List 2018 (July 10, 2018), http://www.businessofapps.com/guide/app-stores-list.

Under Section 4 of the Clayton Antitrust Act of 1914, “any person who shall be injured in his business or property by reason of anything forbidden in the antitrust laws may sue . . . and shall recover threefold the damages by him sustained[.]” 15 U.S.C. § 15(a). Notwithstanding the statutory phrase “any person,” the U.S. Supreme Court has held that only “the overcharged direct purchaser, and not others in the chain of manufacture or distribution,” has standing to pursue antitrust claims. Illinois Brick Co. v. Illinois, 431 U.S. 720, 729 (1977). In contrast to direct purchasers, indirect purchasers are those who are not “the immediate buyer[ ] from the alleged antitrust violator[.]” Kansas v. UtilCorp United, Inc., 497 U.S. 199, 207 (1990); accord California v. ARC America Corp., 490 U.S. 93, 97 (1989) (finding that an indirect purchaser did not purchase directly from the price-fixing defendant but rather from a prior purchaser).

In Illinois Brick, the U.S. Supreme Court reasoned that, for the sake of judicial economy and because of the difficulty of apportioning damages between direct, intermediary, and end consumers, all indirect consumers of products lack standing to pursue antitrust claims against producers of those products. See Illinois Brick, 431 U.S. at 737. According to the Court:

[A]llowing indirect purchasers to recover using pass-on theories . . . would transform treble-damages actions into massive multiparty litigations involving many levels of distribution and including large classes of ultimate consumers remote from the defendant. . . . We are no more inclined than we were in Hanover Shoe to ignore the burdens that such an attempt would impose on the effective enforcement of the antitrust laws.

Central to the Ninth Circuit decision was the court’s view that Apple is a “distributor” from whom end consumers purchased apps directly and not a “manufacturer or producer” further removed from end consumers in the stream of commerce. This analysis differs from the Eighth Circuit’s decision in Ticketmaster in which the court held that concertgoers were indirect purchasers of ticket distribution services insofar concert venues and event promoters were required to purchase those services first. Campos v. Ticketmaster Corp., 140 F.3d. 1166, 1171 (8th Cir. 1998). Ticketmaster’s exclusive contracts with most venues and promoters required them to use Ticketmaster for ticket distribution to their concerts. Id. The court reasoned that “such derivative dealing is the essence of indirect purchaser status” notwithstanding concertgoers purchasing concert tickets from Ticketmaster itself. Id. In agreement with the Third Circuit, the court analogized that “even if a separate charge for gasoline were assessed [to a taxi passenger], the taxi passenger still could not be considered a direct purchaser [of gasoline] in any sense.” Id. (citing McCarthy v. Recordex Service, Inc., 80 F.3d 842, 853 n.18 (3rd Cir. 1996)). As such, concertgoers did not have standing to sue Ticketmaster for money damages under the Clayton Act.

The Ninth Circuit eschewed the Eighth Circuit’s application of Illinois Brick in Ticketmaster. A party’s status as a direct or indirect purchaser does not turn on whether there exists “an antecedent transaction between the monopolist and another, independent purchaser.” In re Apple, 2017 WL 117153, at *19-20 (citing Ticketmaster, 140 F.3d. at 1169). The court found unconvincing Apple’s argument that “because it sells distribution services to app developers, it cannot simultaneously be a distributor of apps to app purchasers.” Id. at *20. Whether app developers are direct purchasers of distribution services from Apple is immaterial to the analysis of whether app purchasers are direct purchasers of apps from Apple, as the two are not mutually exclusive. See id. at *21. Rather, the court turned to “the fundamental distinction between a manufacturer or producer, on the one hand, and a distributor, on the other [hand]” and concluded that Apple is in fact a distributor. Id. at *22. As such, the court held that Plaintiffs have standing under Illinois Brick to sue Apple for allegedly monopolizing and attempting to monopolize the sale of iPhone apps. Id.

The link between Apple and app purchasers in the Ninth Circuit appears to be more direct than the link between Ticketmaster and concertgoers in the Eighth Circuit, contributing to a permuted application of Illinois Brick in the context of consumer software. First, app developers must develop iOS versions of their apps using Swift (previously Objective-C), both programming languages designed by Apple and proprietary to it until December 2015. Second, Apple exercises a high degree of control over the app experience insofar it regulates the app approval process pursuant to strict guidelines. Apple.com, Developer, App Store Review Guidelines (June 4, 2018), http://developer.apple.com/app-store/review/guidelines. For example, Apple may unilaterally accept or reject an app based on its design and content with respect to crashes and bugs, broken links, incomplete information, inaccurate or misleading descriptions, substandard user interface, advertisements, web clippings and content aggregators, repeated submission of a similar app, and long-term value. Apple.com, Developer, Common App Rejections (last visited July 24, 2018), http://developer.apple.com/app-store/review/rejections. After initial sale, Apple retains control of the user experience; app updates, in-app purchases, and long-term subscriptions to app content are managed by Apple through the App Store. Third, end consumers purchase licenses to use apps directly from the App Store. Apple does not function as an intermediary licensee who purchased licenses from app developers and subsequently assigned them to end consumers.

These are all significant features that support the Illinois Brick standing analysis applied by the Ninth Circuit in Apple and distinguish it from the Eighth Circuit’s decision in Ticketmaster.