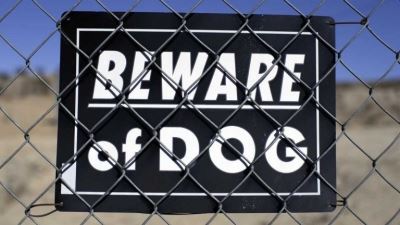 A pit bull killed a 43-year old man in Stockton, California on Saturday, June 5. Earl Wayne Stephens Jr. went that day to a friend’s front yard to help repair a scooter. The friend was breeding pit bulls. Stephens allowed one of them, Harley, to briefly sit on his lap, only to be attacked viciously when the owner told the dog to get off of Stephens. Upon intervention by Harley’s owners, the dog began attacking them as well.

Deputies were called to the home on the 500 block of North Gertrude Avenue at about 4pm. They shot Harley to death upon witnessing the massive damage Stephens had incurred as a result of the dog bite. Two other pit bulls at the scene were quarantined, and it is yet unclear whether they will be given back to the owner.

34 US dog-bite fatalities occurred in 2015. Pit bulls accounted for a significant majority of these deaths, with rottweilers accounting for most of the remaining deaths. 59% of the victims (20) were age 22 or older, while the remaining 41% (14) victims were 9 years old or younger. When combining all age groups, there were more male victims than female victims (20 male v. 14 female). However, there were significantly more male victims among those 9-years old and younger (11 v. 3). There have been a little over 30 dog-bite fatalities every year since 2005, with 360 occurring in the period between 2005 and 2015.

In California, an owner of a dog is liable for damages suffered by any person bitten by the dog. This remains true regardless of the level of former viciousness of the dog and regardless of whether or not the owner knew of the dog’s vicious tendencies. “Keepers” of a dog, ones who have custody of a dog but no ownership, can only be held liable for a dog bite if they have knowledge of the dog’s vicious tendencies.

Those living in California that have suffered harm resulting from a dog bite should seek the help of an experienced attorney.