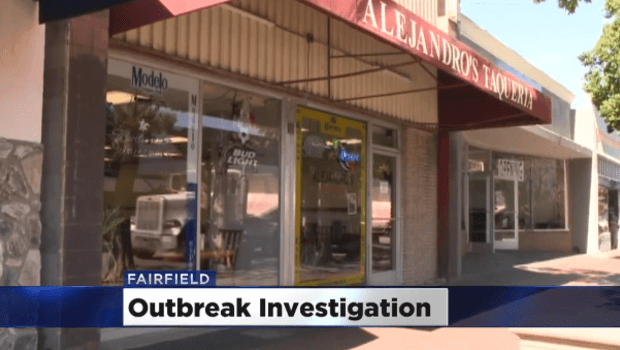 On Wednesday, June 8, California Public Health Officials closed Alejandro’s Taqueria, a popular Mexican food restaurant in Fairfield, California in order to investigate a Campylobacter outbreak. The Solano County Department of Health has found 32 cases of food poisoning with one common denominator: Alejandro’s Taqueria. Although officials have identified the location where people became ill, they are still working on locating the exact source of the bacteria. Investigators believe under cooked meat is a likely source, but have yet to establish this as a certainty.

Campylobacter jejuni is a bacterial organism known to be the most common cause of food-borne illness in the U.S. The symptoms can occur within two to five days after being exposed to the bacteria. Most cases of Campylobacter infection occur as isolated, sporadic events, and not as part of a large outbreak. Even though surveillance is limited, about 14 cases are diagnosed each year for every 100,000 persons in the population.

The Centers for Disease Control and Prevention (CDC) provide tips on preventing a Campylobacter infection:

Legally, a claimant who alleges that they contracted food poisoning after consuming contaminated food at a restaurant does not need to rule out all other possible sources of food poisoning. They must, however, establish enough evidence to permit a jury to find causation based on reasonable inferences that apply generally in other types of tort actions. Those who contracted the bacteria would be well advised to contact an experienced lawyer who will fight for their rights, ensure that they are fairly compensated for their suffering and hold the negligent party liable.