Social media addiction is a worsening concern around the globe. It has become so prominent in certain demographics, namely teenagers and young adults, that it has garnered attention from journalists, scientific researchers, healthcare specialists, and law firms alike. Based on one study from researchers at California State University Fullerton, approximately 10% of people in the United States have a social media addiction, ranging from mild to severe. 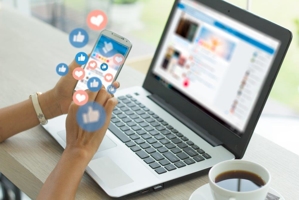 Kershaw Cook & Talley is currently investigating cases in which people have been harmed due to social media addiction, such as a teenager who experienced an eating disorder or suicidal thoughts due to the toxic environments created on most social media platforms. Lawsuits are being brought against social media giants that have created these platforms but have done nothing to remedy the issue. In fact, the social media giants have done the opposite. Their platforms and algorithms are specifically designed to encourage addiction. Very little has been done by the FTC or other governmental entities to regulate or address social media’s impact on the mental health of young teenage girls or children. One mother in Connecticut has filed a lawsuit against Meta (the new parent company of Facebook and Instagram) and Snap (the makers of Snapchat) after her 11-year-old daughter became addicted to social media and soon thereafter took her own life*.

Parents who have lost a child and others who have suffered harm due to social media addiction should use this time to explore their legal rights. If enough people come forward with claims and lawsuits, then it could be the start of a significant change that has the potential to hold social media companies accountable and to improve security and addiction prevention resources for social media users of all ages.

(* If you are struggling with dark or suicidal thoughts, please know that you are never alone. There are alwayspeople who want to help you and remind you that the world is better with you in it. Call the National Suicide Hotline at 800-273-8255 whenever you need someone to talk to about what is going on. Hotline representatives can connect you with local psychiatric and medical resources, too.)

To speak with our social media addiction lawsuit attorneys, please call (916) 520-6639 or contact us online today.

What is Social Media Addiction?

People who are addicted to social media might exhibit the following signs and symptoms:

What is the Risk of Social Media Addiction?

Using social media too much is not as benign a problem as it might seem. Constant exposure to certain unsafe and unregulated content can be a dangerous negative influence on children and young adult’s minds and emotions, especially when considering impressionable teenagers. To make matters worse, research has shown that 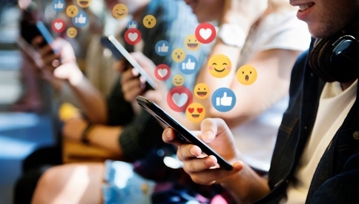 many social media app algorithms are specifically designed to repeatedly show users the same type of content, even if they do not actively seek it out. For example, someone who is exposed to Instagram posts that glorify suicidal behaviors is far more likely to see other posts that do the same in the future, just by starting up the app.

Some of the most dangerous risks of social media addiction include:

(Please review the list of Health & Safety Resources provided at the end of this page if you are struggling with mental and physical health concerns related to social media addiction. You will find links to the National Suicide Prevention Lifeline, National Eating Disorders Association helpline, and others. Please be kind to yourself.)

How Can Social Media Addiction Be Stopped?

Social media use can be addictive because the brain perceives it as any other “treat.” When viewing social media content that the user likes, there will be a rush of dopamine, which then triggers serotonin generation. It is a self-contained system of positive feedback. The user feels rewarded for looking at or using a social media app and, therefore, wants to use it again and again.

Understanding the addictive process of social media use, down to the neurotransmitters it affects, can make it easier to challenge and overcome the addiction. There are methods that you or your child can utilize to fight back and curb social media addiction to reduce the risks and harm that it causes.

Why are Social Media Platforms Liable?

Reasons why a social media platform could be liable for addiction to its app are:

Find Out If You Can Sue for Social Media Addiction

Our team of social media addiction lawyers from Kershaw Cook & Talley are researching potential lawsuits against platforms like Facebook, TikTok, and Instagram, as well as their parent companies. If your child has suffered from mental health disorders, eating disorders, suicidal behavior, or committed suicide, then please accept our heartfelt condolences. But please also know that you might be able to pursue legal action against the social media company that might have directly fueled your child’s unsafe addiction and actions. A successful case might be able to bring you and your family a sense of justice and closure, so please explore your options today.

Schedule a no-cost consultation with our firm. We are here to support you.