In a Win for Workers, the California Supreme Court Broadens the Definition of an Employee 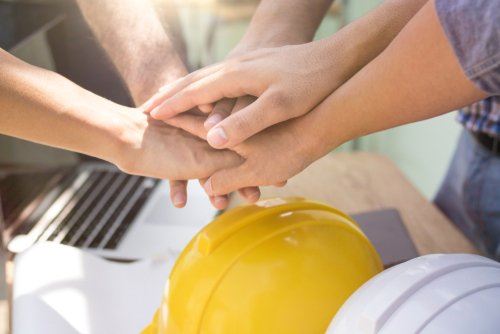 Under both California law and federal law, the question of whether a worker is properly classified as an employee or an independent contractor is of significant consequence to workers, businesses, and the public. For example, businesses bear the responsibility of paying federal social security and payroll taxes, unemployment insurance taxes and state employment taxes, providing worker’s compensation insurance, and complying with state and federal labor laws for its employees. On the other hand, businesses bear no such responsibility with respect to independent contractors.

In California, the Industrial Welfare Commission (IWC) issues wage orders to regulate minimum wages, maximum hours, and working conditions of employees, including but not limited to overtime compensation, meals, and rest breaks. IWC wage orders embrace the legislature’s efforts to provide workers minimum protections that “accord them a modicum of dignity and self-respect”:

The adoption of the exceptionally broad . . . California wage orders finds its justification in the fundamental purposes and necessity of the . . . legislation in which the standard has traditionally been embodied. Wage and hour statutes and wage orders were adopted in recognition of the fact that individual workers generally possess less bargaining power than a hiring business and that workers’ fundamental need to earn income for their families’ survival may lead them to accept work for substandard wages or working conditions. Id. at 58-59.

Under the new “ABC” test adopted by the Court, a test already used in other states, a worker is considered an employee for the purposes of IWC wage orders unless the hiring entity satisfies each of three conditions:

Prong A is, more or less, a restatement of the old balancing test inS.G. Borello & Sons, Inc. v. Dep’t of Indus. Relations, 48 Cal. 3d 341 (1989). In Borello, the California Supreme Court held that a hiring entity’s degree of control over the means and manner in which work is performed is the most important of several factors to be considered when evaluating whether a worker is an employee or an independent contractor. Id. at 350. Secondary factors include ownership of equipment, place of work, opportunity for profit and loss, and the apparent intent of the parties. Id. at 354.

In construing the Borello test, the Court recognized that no single factor is dispositive which “makes it difficult for both hiring businesses and workers to determine in advance how a particular category of workers will be classified” and “affords a hiring business greater opportunity to evade its fundamental responsibilities under a wage and hour law by dividing its workforce into disparate categories.” Dynamex, slip op. at 62-63. By adopting the “ABC” test, the Court simplified the law by presuming that all workers are employees rather than independent contractors and shifting the burden of rebutting that presumption to the hiring entity. Moreover, by eschewing a balancing test in favor of a conjunctive test, the Court reasoned that “permitting an employee to know when, how, and how much he will be paid requires a test designed to yield a more predictable result than a totality-of-the-circumstances analysis that is by its nature case specific.” Id. at 63.

In addition to safeguarding worker’s rights, the Court noted public policy reasons favoring the “ABC” test. The Court sought to level the playing field not only between workers and businesses but also between competing businesses. The “ABC test” protects businesses by eliminating, or at least mitigating, anticompetitive effects of intentional misclassification:

California’s industry-wide wage orders are also clearly intended for the benefit of those law-abiding businesses that comply with the obligations imposed by the wage orders, ensuring that such responsible companies are not hurt by unfair competition from competitor businesses that utilize substandard employment practices. . . . [T]he [old] legal test for determining employee/independent contractor status is a complex and manipulable multifactor test which invites employers to structure their relationships with employees in whatever manner best evades liability. Id. at 59.

The “ABC” test has the potential to seriously impact the California labor market, with particularly significant repercussions for California’s “gig economy.” Millions of California workers that were considered independent contractors under the old test are now deemed employees. This will require all California businesses with independent contractors to conduct a thorough investigation of such workers to determine whether they are properly classified under threat of individual and class liability for misclassification.

If you or someone you know may be misclassified as an independent contractor under the new law, please contact our team of experienced attorneys at Kershaw, Cook & Talley, P.C. for a free confidential evaluation.