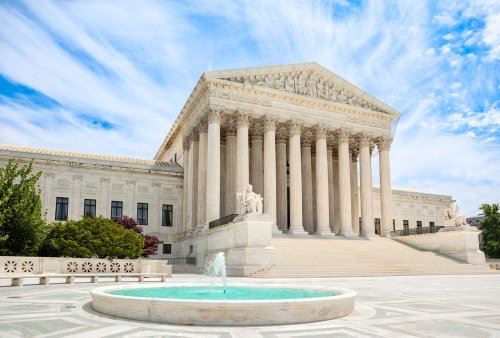 Arbitration agreements certainly have their place in the realm of transactional contracts. In a perfect world with reasonable limitations, arbitration agreements would allow sophisticated parties dealing at arm’s length to expeditiously and amicably resolve disputes without engaging in prolonged litigation. Instead of undergoing years of discovery, exorbitant expert witness costs, court hearings that may get delayed for months, and mounting attorney’s fees, arbitration agreements have the benefit of resolving a dispute cheaply and efficiently so that both parties can enjoy the benefit of their bargain. Scherk v. Alberto-Culver Co., 417 U.S. 506, 510-11 (1974).

Although this ruling ignores the distinction between transactional arbitration situations, and the application of arbitration agreements to substantive employee rights violations, to Justice Neil Gorsuch and four of the Court’s other Justices, “balance,” “contemporary developments,” and “good policy” are entirely irrelevant to avoid the statute’s application. Id. at 905-06.

The majority decided that plaintiffs must prove that the NLRA intended to create private class-action rights for aggrieved employees. Section 7 of the NLRA states that employees have a right to “concerted action” (among other rights), but it does not explicitly say “class action” when Congress presumably could have. Thus, in the majority’s view, the FAA and the NLRA should be read in harmony with each other because there is neither a “contrary congressional command,” nor an “inherent conflict” that would otherwise make the substantive rights of the NLRA unable to be arbitrated. While these factors may support the Court’s decision, they fail to take into account its real-world effects.

To summarize Justice Ginsburg’s dissent in one sentence, “the effect of this decision is to limit and undermine employee and unionized collective action all together.” Epic Sys. Corp., 200 L. Ed. 2d at 920. Indeed, nowhere in the majority decision does the Court consider Judge Posner’s oft-cited quote that “the realistic alternative to a class action is not 17 million individual suits, but zero individual suits, as only a lunatic or a fanatic sues for $30.” Carnegie v. Household Int’l, Inc., 376 F.3d 656, 661 (7th Cir. 2004).

Judge Posner’s economic analysis of class actions was confirmed by a 2015 New York Times study that assembled records from arbitration firms across the country and found that “between 2010 and 2014, only 505 consumers [in the U.S.] went to arbitration over a dispute of $2,500 or less.” Using Verizon (with its more than 125 million subscribers) as an example, the Times found that the telecommunications giant faced only “65 consumer arbitrations in those five years, the data shows. As another example, Time Warner Cable, which has 15 million customers, faced seven” consumer arbitrations. While employee wage and hour violations are often worth far more than $30 to an individual employee, even thousands of dollars of unpaid overtime are usually not worth arbitration costs and fees by the time the claim is resolved.

According to a more recent 2017 study, the Economic Policy Institute found that 53.9% of employers across the United States force their employees to sign mandatory arbitration agreements. In California, 67.4% of employers require non-union employees to sign mandatory arbitration agreements, substantially higher than the national average. One explanation is that California has strong employment laws that protect employee rights and as a consequence, employers are using the FAA to opt out of litigating in California state courts. However, even gig-economy independent contractors are now increasingly subject to arbitration clauses and class action waivers. According to a 2017 study that analyzed Terms of Service contracts from 38 gig companies between 2009 and 2016, researchers found that prior to 2012, only about a third of companies used arbitration agreements. By 2016, nearly two thirds of gig companies made their workers sign an arbitration agreement, and almost all included a class action waiver.

Contrary to the Court’s findings in Epic Systems, arbitration is rarely a mutually selected forum that allows the vindication of substantive rights, as in a courtroom. In terms of legal resources and bargaining power, most arbitration provisions are drafted by and for those in the superior bargaining position—the employer or company—and to the detriment of the employee or consumer. Instead of fighting an employee wage and hour class action and dealing with all the potential negative publicity, the employer can simply compel binding individual arbitration (along with limited discovery and appeal rights) to keep a widespread pattern of illegal behavior out of the public eye. Additionally, many companies are well aware that it is far cheaper to settle individual arbitration cases against a handful of employees or consumers who are likely representing themselves pro se, than it is to face claims by a class of employees or consumers who are represented by experienced plaintiffs’ attorneys.

In short, because of this decision it will be much more difficult for employees to hold companies accountable particularly when it comes to employee rights.