Getting Your Slice: What The Cheesecake Factory's Recent Wage Violations Can Teach You About Your Rights 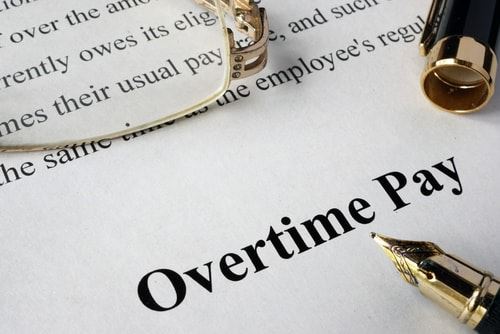 California is sending a message to companies who are contracting and subcontracting out work to avoid paying workers. In a decision issued last month, the California State Labor Commissioner’s Office found The Cheesecake Factory, Inc., jointly liable for $4.6 million in unpaid wages. The restaurant chain, which subcontracted out janitorial staff with Magic Touch Commercial Cleaning through Americlean Janitorial Services Corp., will have to pay hundreds of underpaid workers at eight California locations in Orange and San Diego Counties.

The janitorial staff, who primarily worked night shifts, was kept at the restaurant from midnight until morning without breaks. Under California law, employers must permit non-exempt workers to take a ten minute rest break for every four hours worked and a thirty minute meal break if the workday is longer than five hours. Additionally, they were required to stay for morning inspections, which often resulted in longer workdays. These practices resulted in employees working up to an additional ten hours of unpaid overtime each week, which under California law must be paid as time and a half.

According to California Labor Commissioner Julie A. Su, investigation into The Cheesecake Factory’s, began in 2016 following wage theft reports. These reports, which came from the San Diego-based nonprofit Employee Rights Center, resulted in further inspection of all of The Cheesecake Factory locations cleaned by Magic Touch Commercial Cleaning.

This case follows two California labor laws, which seek to protect subcontracted workers from employers who attempt to avoid responsibility for fair pay. The first law, which added Section 2810.3 to the California Labor Code, creates employer liability for workplace violations originating from a contractor. The statute, which took effect in 2015, “require[s] a client employer to share with a labor contractor all civil legal responsibility and civil liability for all workers supplied by that labor contractor for the payment of wages and the failure to obtain valid workers’ compensation coverage.” Effective the following year, Section 238.5 of the California Labor Code ensures an employer may not attempt to avoid liability by contracting out service labor.

The purpose behind these laws is epitomized in The Cheesecake Factory’s liability, and demonstrates why California is a leading example for other states on employee rights. Alongside proper breaks and overtime pay, there are other ways that California laws attempt to ensure that you are being justly compensated. For example, California’s minimum wage is significantly higher than the $7.25 federal minimum wage, reaching $10.50 for an employer with up to twenty-five employees and $11 for employers with more than twenty-five employees. Moving forward there will be annual increases until 2023 when the minimum wage reaches $15 for all employees.

Proper breaks, overtime pay, and minimum wage are among the many ways California protects its employees. If you suspect that you are not receiving one or more of these benefits required under state law, calculating out your potential unpaid wages can be simple. For example, if you are working over forty-seven hours per week at a rate of $18 per hour, you may be entitled to $27 per hour (hourly rate ($18) + ½ hourly rate ($9)) for the additional seven hours of overtime ($27 x 7 hours), $189. If you are averaging an extra seven hours per week working fifty weeks per year, your unpaid overtime could be ($189 x 50), $9,450. A minimum wage violation may make a significant impact as well. For example, your employer could be violating California state law if he or she pays you the federal minimum wage of $7.25 simply because you are being tipped by customers. Assuming you are working forty hours per week, the additional $3.75 per hour you are entitled to (based on California’s minimum wage) may amount to $150 per week (at a 40 hour work week) or $7,800 per year.

Both of our examples show the overall impact and importance that wage laws have for employee protections and income. If you or someone you know have been or are being underpaid by an employer or subcontractor, or if you would like additional information about California’s wage and hour laws, please contact our office.