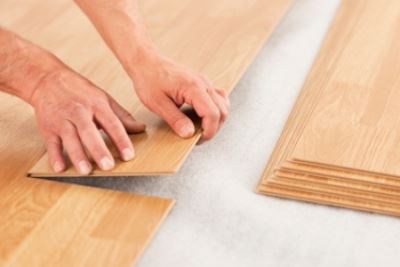 The California Air Resources Board (“CARB”) lists formaldehyde as a toxic air contaminant with no safe level of exposure and has set comprehensive and strict formaldehyde emission standards. Under the CARB-approved Airborne Toxic Control Measure to Reduce Formaldehyde Emissions from Composite Wood Products (“ATCM”), Cal. Code Regs. tit. 17, § 93120, regular medium density fiberboard (“MDF”) and “thin” MDF products, which are at issue in the Lumber Liquidators case, should emit no more than 0.11 ppm and 0.13 ppm of formaldehyde, respectively. Cal. Code Regs. tit. 17, § 93120.2.

Lumber Liquidators filed a motion for summary judgment motion on August 1, 2016 and it was heard by the Court on September 13, 2016. The Court found that “the evidence is sufficient for a fact finder to conclude that Lumber Liquidators knowingly misrepresented within a nationwide marketplace that its flooring had ‘NO formaldehyde’ and was CARB compliant,” which, under Plaintiff’s theory of the case, “allowed [Lumber Liquidators] to charge a higher price for its Product than the Plaintiffs would have otherwise had to pay.” Lumber Liquidators, 2017 U.S. Dist. LEXIS 61362, at *52.

Plaintiffs are asserting a “price distortion” theory of injury, arguing that Lumber Liquidators would not have been able to sustain prices charged for its Products had it told the truth about them and Plaintiffs are entitled to the difference in value between the amount charged and what they actually received. Id. at *48. In addition, while the Court also found that, with the exception of two Florida Plaintiffs, reliance was not satisfied because none of the other Plaintiffs saw or heard Lumber Liquidators’ misrepresentations regarding formaldehyde or CARB-compliance before purchasing the Product, id. at *53-55, it held that Lumber Liquidators’ misrepresentations were material. Id. at *58 (“Even though a Plaintiff may not have actually relied on Defendant’s misrepresentation, he or she may still have attached significance to the formaldehyde levels in the Products and, in fact, Plaintiffs’ depositions indicate that most of them did.”) The Court distinctly analyzed issues of standing, reliance, and materiality.

The Court also rejected Lumber Liquidators’ arguments that only CARB can determine if a product violates the ATCM and found that Plaintiffs’ testing evidence, if admissible, is “probative of whether, as a matter of fact, Lumber Liquidators’ Products contained more formaldehyde than Defendant publicly represented.” Lumber Liquidators, 2017 U.S. Dist. LEXIS 61362, at *62 (emphasis in the original); see also id. at *65-66. According to the Court, each Plaintiff had his or her flooring tested by third party certifiers and “each Plaintiff’s flooring exceeded the 0.11 ppm limit established by the ACTM, including some that were 300% of that limit . . . .” Id. at *66. The Court further determined that there is sufficient evidence to establish that Lumber Liquidators failed to comply with its obligations under the ATCM to take reasonable prudent precautions to ensure that its Products complied with ATCM emissions standards. Id. at *66-67.