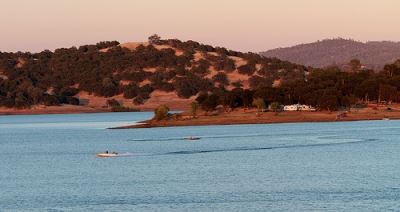 Almost two weeks after a boat in Camp Far West Lake crashed into a wake and split in half, the body of 38-year-old Dustin Connor of Orangevale has been found. Around 5:30 P.M. on May 29, witnesses reported the boat carrying Connor and five friends overturned on a wake near the south side of the lake. One person was flown to a nearby hospital, two were taken to the hospital by ambulance and two people were uninjured. Connor’s body, however, was unable to be found.

Search and rescue crews were joined by friends and family members as they took to the water to search for Connor’s body. Placer County and Yuba County sheriff’s dive teams used sonar scanning, a method of grid searching, to meticulously search the bottom of the lake for the boater’s body. It was found by the dive teams more than 115 feet below the lake’s surface.

In 2014, the Coast Guard counted 4,064 boating accidents, 610 of which involved deaths. Where the cause of death was known, 78% of victims drowned. Of drowning victims who reported life jacket usage, 84% were not wearing a life jacket. Additionally, operator inattention, improper lookout, operator inexperience, excessive speed, and alcohol use rank as the top five primary contributing factors in accidents. Specifically, alcohol use is the leading known contributing factor in fatal boating accidents; where the primary cause was known, it was the leading factor in 21% of deaths.

Although there were life jackets on board, deputies are still looking into whether the boaters were wearing life jackets at the time of the accident.

The investigation in this case is still ongoing and surely, the authorities will determine whether this tragedy was preventable. As a general rule, boaters should ensure they obey the speed limits on the water, always have life jackets on board, and refrain from operating a boat if you have been drinking alcohol. If you or a loved one has been injured or killed in a boating accident please contact an experienced lawyer to obtain more information about pursuing your legal rights.

Our heartfelt condolences go out to the family members and friends of Dustin Connor for their tragic loss.