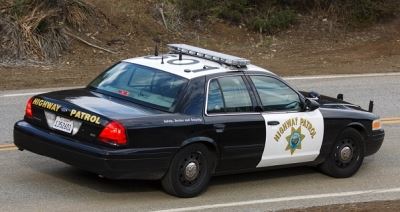 On Tuesday, June 7, a California Highway Patrol (CHP) officer crashed into stopped traffic in a construction zone on the I-5 in Orland, CA . The officer, distracted by his computer, failed to see the traffic slowing down ahead of him and rear-ended a Hyundai Elantra. The resulting crash tragically killed 15-year old Willows resident Weston Sites and injured two other teenagers, who were taken to Enloe Medical Center in Chico. CHP officers on the scene stated that a separate investigation team would be handling the investigation.

Distracted driving poses a significant risk to drivers everywhere. Using devices such as computers or handheld electronic requires visual, manual, and cognitive attention, thus increasing the likelihood of accident while driving. According to the National Highway Traffic Safety Association(NHTSA) , in the US in 2014 alone, 3,179 deaths and 431,000 injuries resulted from motor vehicle crashes involving distracted drivers. The National Occupant Protection Use Survey reports that approximately 660,000 drivers are using electronic devices at any given moment across America, and that this number has been consistent since 2010.

Legally, drivers owe a heightened duty of care when compared to pedestrians due to the potential significant damage a vehicle can cause if misused. A driver’s breach of this duty of care subjects the driver to civil penalties such that the harm done to others may be mitigated. Those in Northern California suffering injury resulting from a distracted driving incident, or those whose loved ones have suffered such harm, would do well to seek the services of an attorney.

We extend our deepest sympathies to the family and friends of Weston Sites. We wish the injured teenagers the best in their efforts toward recovery.