Jeffrey M. Schaff is a trial attorney with Kershaw, Cook, and Talley, with a focus on the firm’s personal injury practice. With over 20 civil and criminal jury trials to verdict as lead counsel, extensive law and motion work in Sacramento Superior Court and in-depth experience with insurance company practices, Jeff’s comfort in the courtroom makes him particularly well suited for protecting your interests

As a Sacramento native, Jeff has deep roots with our Northern California Community. After college, Jeff returned to Sacramento where he grew up and began his legal career. Before starting law school, Jeff was an intern with California Assembly Speaker Pro Tem. He then shifted to the private sector and worked for a lobbying firm focused on environmental issues: his team was on the ground floor of California’s historic passage of AB 32—Governor Schwarzenegger’s Global Warming Solutions Act.

During his second year of law school, Jeff was introduced to University of Pacific McGeorge’s Trial Advocacy team. His love for the courtroom would only grow from there. Jeff left lobbying to begin working at the Sacramento County Public Defender’s Office until he graduated law school in 2009.

After law school, Jeff briefly operated his own criminal defense practice until joining the Sacramento law firm of Mastangi Holstedt Amick Miller and Johnson (now Mastagni Hostedt) in 2011. During that time, Jeff tried nearly 15 cases to verdict with great success.

In 2013, seeking to continue to diversify his knowledge of the law, Jeff became in house defense counsel for one of the nation’s largest insurance companies. For over five years Jeff learned how insurance companies and their lawyers work to minimize an individual’s injuries and limit recovery.

Jeff joined Kershaw Cook & Talley to take on insurance companies and protect the interests of those injured or wronged. 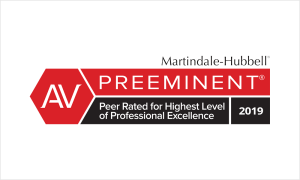