Motorcycle Accidents in the Summer 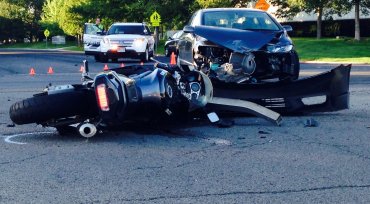 With weather temperatures increasing, four wheeled vehicles will be sharing the road with more motorcycles. The month of May is known as National Motorcycle Safety Awareness Month, which raises awareness for the importance of drivers to be aware of the increased risks of motorcycle casualties and injuries during the summer months.

Motorcycles are smaller vehicles compared to those with which they share the roads and can be difficult to spot for other drivers. This prevents other drivers from yielding when needed, or giving motorcycles the right of way, leading to a surge in collisions. Frequently drivers are on the lookout for vehicles other than motorcycles and can be caught off guard when a motorcycle approaches. Due to the lack of protection on motorcycles, there is a greater chance of a motorcycle rider sustaining a serious injury in a collision.

There are many factors that can result in motorcycle accidents such as speeding, inattentiveness, or vehicles being driven by alcohol-impaired drivers. A driver’s increased use of technology also causes distracted driving on the road, ultimately leading to an increased risk of a collision with a motorcycle. A rider’s injuries can vary depending on the vehicle’s speed, the location of the collision, and whether there were any other proper safety precautions avoided by both the driver and the rider.

Have you or a loved one suffered injuries from a motorcycle accident recently? Call Kershaw, Cook, and Talley at (916) 520-6639 for a free case consultation.