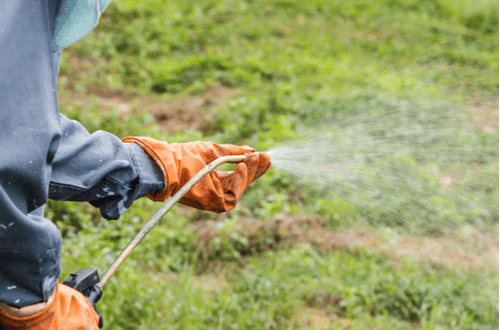 Standing Up Against Reckless Corporations for Your Rights

A cancer diagnosis such as Non-Hodgkins lymphoma influences many aspects in an individual’s and families life. You may be personally suffering, or know a loved one who is. Sometimes a cancer diagnosis has no obvious cause. However, substances that cause cancer are called carcinogens; it can be chemical substances such as those found in tobacco products. Other causes of cancer include environmental agents, certain medicines, and lifestyle-related, viral or genetic factors.

If you suspect that your cancer was caused by your exposure to the herbicide known as Roundup, you might be entitled to recover damages from the product’s manufacturer, the Monsanto Company.

Do I Qualify?
En Español

In two cases Monsanto has been found liable for millions of dollars in damages for causing non-Hodgkins lymphoma in individuals who used Roundup. In the lawsuits, it was alleged that Monsanto was aware of the potential for Roundup to cause cancer but hid this fact from the public through manipulated research and false statements. Plaintiffs include individuals who were exposed to Roundup on farms as well as individuals who occasionally used it around their homes for weed control.

To gain a more comprehensive understanding about the merits of your potential claim against Monsanto and its parent company, Bayer, you should seek the advice of a dedicated attorney with experience representing victims nationwide in personal injury cases. At Kershaw Cook & Talley, our legal team boasts more than a century’s worth of collective legal experience litigating personal injury matters, including issues involving dangerous products like Roundup. With us, you can expect to have a devoted advocate who can skillfully read the legal landscape to help you find an effective path to attaining justice for harms.

Keep an Eye on Our Blog for RoundUp Updates

To learn more about how Kershaw Cook & Talley can help you, call us at (916) 520-6639 to schedule a free initial consultation today.

What Are the Dangers of Roundup Exposure?

Roundup is a weed killer that contains a chemical called glyphosate. In 2015, Glyphosate was classified as a Group 2A substance by the World Health Organization’s International Agency for Research on Cancer (IARC). Group 2A substances are deemed “probably carcinogenic to humans” by the IARC.

Other substances classified by the IARC under Group 2A include:

Moreover, the chemical substance known as polyethoxylated tallow amine (POEA) – a common co-formulant that accompanies herbicides containing glyphosate – has been banned by the European Union when accompanying glyphosate as a surfactant. Because they lower the surface tension of liquids, surfactants allow herbicides to become better absorbed by plant life, minimizing the chances that glyphosate could be washed off by rain. Studies have shown that the combination of glyphosate and POEA can magnify the toxic effect of herbicides such as RoundUp.

Exposure to Roundup has been linked to the occurrence of non-Hodgkin lymphoma, a form of cancer that primarily attacks a person’s white blood cells known as lymphocytes. People who have regularly handled or worked with Roundup in their occupation should consult a physician about testing for lymphoma. It is vital that you catch lymphoma at an early stage of progression.

Signs and symptoms that indicate you might have non-Hodgkin lymphoma include:

If you have experienced these symptoms, please contact a physician immediately. A qualified doctor can run tests to help determine whether you’ve been affected by a form of cancer such as non-Hodgkin lymphoma.

There have been two major trials involving claims against Monsanto and Bayer where juries have found a link between Roundup and the plaintiff’s development of cancer. In August 2018, a jury for the Superior Court of California, San Francisco found Monsanto liable for more than $200 million in damages regarding a worker who frequently handled Roundup in his job and subsequently developed cancer.

More recently, in March 2019, a jury empaneled in Federal District Court for the Northern District of California also found Monsanto and Bayer liable for $80 million in damages regarding the plaintiff’s routine use of Roundup in his garden for weed control.

Battling cancer can exact a heavy toll on a person’s emotional and physical strength, as a person is often required to sacrifice some personal dignity in the process. But when a company’s reckless disregard for the public’s health and safety turns out to be a significant contributing factor to someone’s cancer, it is too much to demand they also sacrifice their right to seek justice. At Kershaw Cook & Talley, we have dedicated years of our practice to advocating for the rights and interests of individuals who were injured by the careless actions of massive corporations. We are not afraid to take a stand against companies like Monsanto and Bayer on your behalf to ensure your experiences and hardships are given their due consideration.

Call Kershaw Cook & Talley at (916) 520-6639 to schedule a complimentary case evaluation to discover the extent of the merits of your claim.

Prev Next
Prev Next