Who Can Be Held Liable for a Forest Fire? 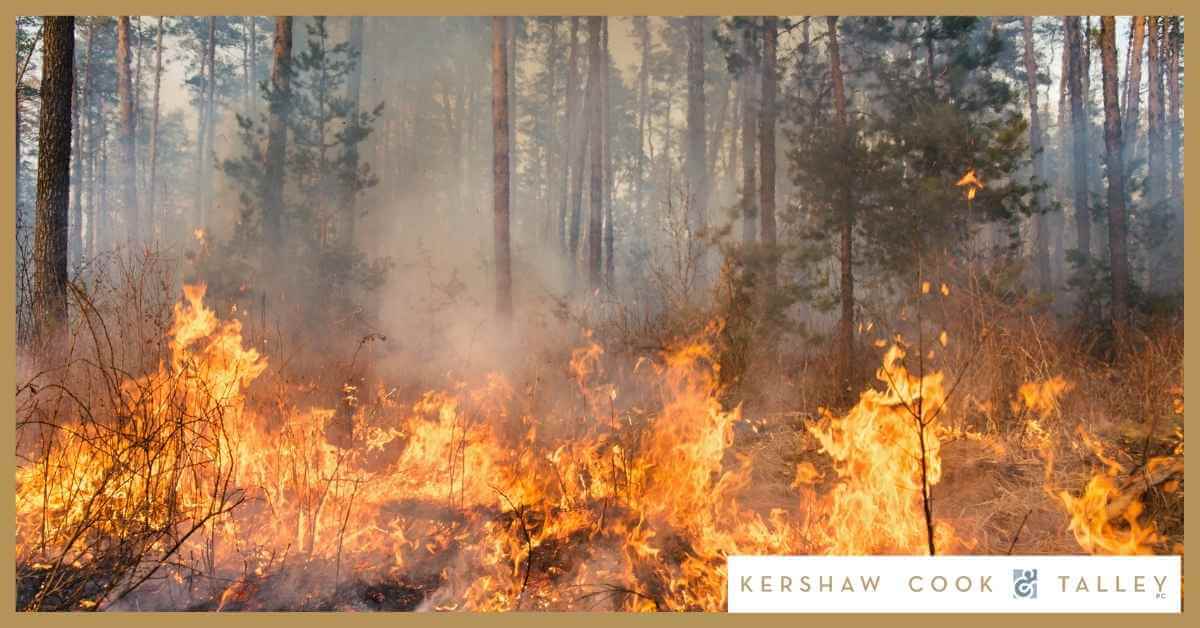 After the Dixie Fire burned nearly 1 million acres in northern California, many wonder how liability can be established for so much destruction. Generally, wildfire claims can be exceedingly complex—especially when multiple parties are involved. Here are 4 groups that may be held liable for forest fires.

Some of the more straightforward cases can involve individuals. Usually, a neglected campfire, an out-of-control grill, a cigarette butt, a rogue firework, or an act of arson can quickly be identified as the catalyst behind a wildfire. If negligence can be proven, individuals may face staggering fines and jail time.

Companies may also be liable for wildfires. These claims can require extensive investigation.

Trains generate heat as they ride along their tracks, which may produce sparks and other hot particles. If a train travels through rural areas, these emissions may land on nearby vegetation and start a fire. Railroad companies could be held liable if the train or track responsible showed signs of poor maintenance, or if the company failed to clear surrounding vegetation properly.

Cable and telecommunications companies often share electrical lines with utility companies through pole-sharing agreements. If one of these electrical lines becomes linked to a wildfire, a series of cross claims may emerge. Liability could be established if the telecommunications company failed to properly install or maintain its lines on the pole.

Companies that perform contract work for railroads or utilities can cause wildfires. Poorly installed or maintained utility poles are critical fire hazards and failing to address fallen trees or branches exacerbates the danger.

This is the type of incident allegedly surrounding California’s Dixie Fire. PG&E allegedly neglected to respond promptly after a tree fell into one of its lines. Rather than turning off the power to the line immediately, they allegedly delayed serious action until roughly 10 hours after the problem was evident. A small fire at the base of the tree allegedly grew into the inferno that became the Dixie Fire.

Holding large companies like PG&E accountable for alleged negligence and wrongdoing can be complicated and difficult. Challenges may include:

● Identifying how the alleged negligence led to a disaster.

● Being offered a low settlement so the case doesn’t go to court.

● Litigation and appeals that can span several years.

Fortunately, our team at Kershaw, Cook & Talley has extensive experience holding PG&E and other corporations liable for their actions. We’re skilled in compiling evidence and standing our ground against big businesses, and we aren’t afraid to fight until justice is served. If you or a loved one were harmed in the Dixie Fire, we’re here to help.