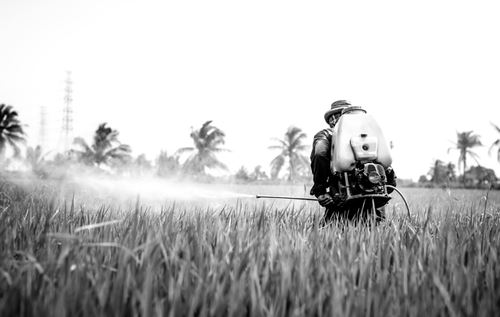 A Bay Area couple was awarded over $2 billion in damages by an Alameda County Superior Court jury who determined the couple developed cancer as a result of long-term use of Roundup weed killer.

Monsanto (the manufacturer of Roundup) and their parent company, Bayer, have been the subject of nationwide legal action brought forward by plaintiffs who believe the chemical ingredients in the herbicide are carcinogenic. The $2 billion verdict is the largest payout so far in these types of cases.

The couple, aged 76 and 74, both developed non-Hodgkin’s lymphoma after using Roundup repeatedly for over 30 years. The husband and wife were each awarded $1 billion, with additional compensation for pain and suffering, and other expenses, totaling $55 million. The verdict was decided in an 11-1 vote.

This is the third verdict involving the link between Roundup and cancer — over 13,000 similar cases against Monsanto and Bayer are pending around the United States. Previous cases resulted in verdicts of $289 million (later reduced to $78.5 million) and $80 million. In both of those cases, the juries found that corporate negligence contributed to the plaintiffs’ non-Hodgkin’s lymphoma.

Monsanto and Bayer continue to defend the safety of their product, despite the several successful verdicts, and evidence against them. The main chemical ingredient in Roundup is glyphosate, which was declared a carcinogen by the World Health Organization’s International Agency for Research on Cancer in 2015. Evidence in the over $2 billion case, as well as previous cases, supports that Monsanto and the Environmental Protection Agency worked to stifle the carcinogen classification, continuing to market Roundup as safe and expose consumers to glyphosate.

If you or a loved one was diagnosed with cancer (particularly non-Hodgkin’s lymphoma), and has reason to believe the disease was caused by the long-term use of Roundup weed killer, contact Kershaw, Cook & Talley to schedule a free consultation. Our team is dedicated to recovering compensation for the victims of Monsanto’s negligence.