How Personal Injury Trial Law Has Been Shaped Over the Years 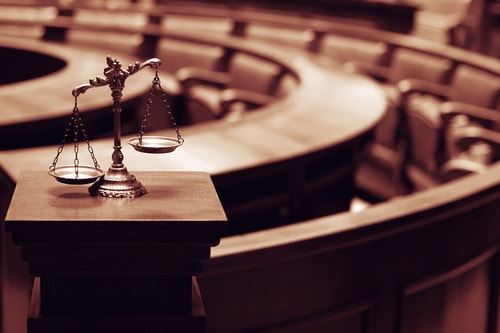 Many years ago when trials were held, there were very different standards and settings than you see in personal injury law today. American history tells as such with the Hatfield-McCoy blood feud in which there was constant retaliation on one another.

However, today’s personal injury trial law is seen with negative connotations. There are numerous misconceptions of how the matters are handled and the priorities of those handling them. So much so, the concept of trial law has been changed over the years and there are new ways of resolution.

Even within the last few years as laws have changed, there are drastic impacts on how we see trial law, the civil justice system, and the aftermath of an injury. Here are a few of the major developments which have shaped how these trials are today.

There are Several Dangers Present As Negligence Becomes More Prominent

Nowadays, there are far more situations in which negligence is present and individuals all over are subject to the dangers associated with these types of actions. Between the increase in reckless drivers and the lack of safety precautions in manufacturing, there are numerous ways in which someone can sustain an injury.

Have you noticed how often medication gets recalled? Ever wonder how tens of thousands of car accidents occur each year? What about the fact that between one and two million seniors over the age of 60 have experienced some form of abuse in their lifetime? There are dangers all around and the more common they become, the more reason there is for legal action seeking compensation.

The Increase In the Willingness to File a Lawsuit

As general costs increase for healthcare, medication, physical therapy, and other expenses typically associated with the damages sustained in an accident, so do the needs of those who have been harmed. People don’t have the funds to pay for their recovery on their own.

Because of this, there is more willingness to file a lawsuit against a negligent party for the losses a person experiences following a car accident. There is more incentive to seek a large amount of compensation in order to pay off the medical debt stemming from the injuries.

In the early 1900s, the concept of misfortune was accepted as simply part of life. Suing may have been seen as something that was inappropriate. Today however, injured individuals may be considered foolish by society if they don’t take action to seek compensation.

A lot of this has also increased due to the betterment of plaintiff lawyers. While there is still a stigma that many believe about attorneys, the need for personal injury trial law is greater than ever before.

The “Ambulance Chaser” Stigma: You Don’t Like Them Till You Need Them

Far too often, individuals look at personal injury lawyers and the stigma “ambulance chaser” may come to mind. This is a stereotype of lawyers indicating that they just chase injured individuals in ambulances to solicit their business.

However, the saying is true, “everyone hates lawyers until they need one.”

What individuals don’t realize though, is that personal injury law isn’t a level playing field. The defendant is backed by an insurance company—a large legal team—who wants to limit how much they pay out to a plaintiff. Without legal representation of their own, the plaintiff may not even be able to secure compensation.

Even though people may feel as though lawyers shouldn’t take a fee, it’s also important to note that there is a reason contingency fees exist. This means personal injury lawyers cover the costs associated with the trial out of their own pocket, only recovering if and when they’re successful in pursuing compensation for the injured.

At the end of the day, the injured individual gets their needed compensation, and the lawyer receives the money they put into the case in the beginning.

Settlements Are Far More Common Than Trials for One Simple Reason: Money

Court fees and all the expenses associated with a trial can be overwhelming. As such, many insurance companies, defendants, and plaintiffs are hopeful that a case can be resolved through a settlement—an offer made outside of court in lieu of following through with the lawsuit.

Before, there were various methods of trial that were necessary to get through the situation. Now with the options available, far more situations end before a trial even occurs; and this is often thanks to the work put in by the legal counsel on your side.

Attorneys Dedicated to Protecting the Rights of the Injured

The aftermath of an injury caused by negligence can be terrifying when those who are harmed don’t know what to expect. They’re often confronted by the defendant’s insurance company which is focused solely on their own profits.

If you’ve ever been in this situation, you recognize the need for a good plaintiff’s lawyer to navigate this situation. Trial law is more than just a pursuit of compensation. Those who care are looking to help better the lives of the injured during one of life’s most difficult moments.

With Kershaw, Cook & Talley, you’re getting relentless representation from advocates who want the best for you. You’re receiving peace of mind that your best interests are being looked out for every step of the way.