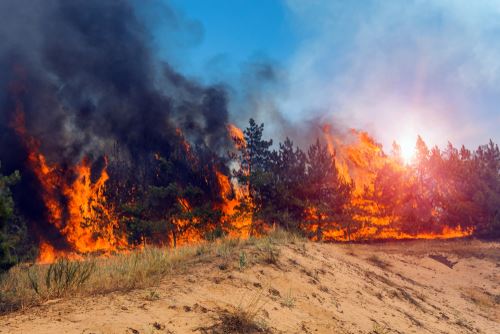 Injuries are some of life’s most unexpected and unwanted surprises. They cause significant harm and often have life-changing results. However, they’re not the worst thing that can happen as that title goes to wrongful death situations.

Unfortunately, this is what happened to many back in November 2018 when the Camp Fire hit the Paradise and Butte County areas. Countless individuals lost their lives and over 15,000 structures were lost in the 153,000+ acre wildfire.

The crews including nearly 6,000 firefighters, over 600 engines, and more worked hard, but only hit full containment 17 days after the fire had started. Unfortunately, even with early evacuations, it wasn’t enough to prevent individuals from perishing.

How Is This Wrongful Death?

When someone unexpectedly passes as a result of natural causes, it’s simply death. When negligence is involved, it becomes a legal issue because someone may be held accountable for the actions that led to the fatal injuries.

Investigations began immediately following the fire against Pacific Gas and Electric Company after the company reported a power line problem just minutes before the first report of the fire was filed. Then there was another report of power line issues at another location 30 minutes after the initial ignition began, indicating the potential start of a second ignition.

This can be considered negligence as failure to comply with state law in the areas. The investigation by the state utility regulators and California Department of Forestry and Fire Protection is just the beginning and multiple victims filed lawsuits against PG&E and its parent company.

These serious fires don’t just claim property. They often claim lives. While this is devastating in any situation, when the loss is due to negligence and is preventable, it becomes even more intolerable and victims should know what steps to take next.

While many victims of wildfires feel as though there is no hope after losing their property or a loved one, there is. At Kershaw, Cook & Talley, we aim to be that hope for you. Hope to move forward; hope to recover. We’re here for you now and always to help you keep your hope alive.