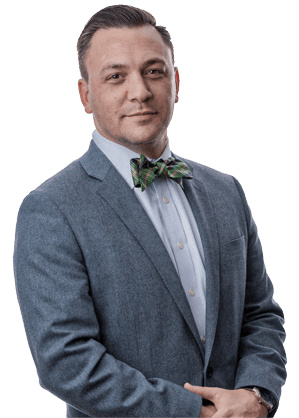 Here at Kershaw, Cook & Talley, we strive to provide the highest tier of legal service for our personal injury clients, and to fight for the fair compensation they deserve. That’s why we’re pleased to share that the talented Jeffrey M. Schaff has now joined our team of Sacramento trial lawyers!

In this post, we’ll be shining a spotlight on Attorney Schaff to welcome him to our team. On behalf of our entire firm, we’re pleased that our clients both old and new will benefit from Attorney Schaff’s considerable experience and skill in the courtroom.

A true Sacramento native, Jeffrey Schaff is the seventh generation in his family to call Northern California home. He was born and raised on a small farm in Fair Oaks, where his family kept llamas, pigs, goats, rabbits, and even a particularly stubborn donkey named Pancho.

From an early age, Jeff was passionate about the dual worlds of sports and business. While he initially wanted to combine these two passions and become an athletic team executive, his mother-in-law convinced him that the courtroom would be more interesting than the boardroom – something he later came to truly believe for himself, after joining the University of Pacific McGeorge’s Trial Advocacy team.

His legal career began in earnest at the Sacramento County Public Defenders’ Office. He was exposed to a wide range of practice areas, from employment law to collective bargaining to civil litigation. Upon graduating with his J.D. in 2009, he opened his own criminal defense practice where he successfully took 15 cases to verdict on behalf of the accused.

After spending another 5 years as in-house counsel for one of the nation’s largest insurance companies, Jeff realized that he missed fighting on behalf of the “little guy,” and giving a voice to those who wouldn’t be heard otherwise. Now practicing as a attorney at Kershaw, Cook & Talley, he hopes that his work will help to even the significant odds stacked against injury victims, and restore the balance of fairness in our justice system.

In his spare time, Jeff loves to cook for his family and friends. He likes to say that if he weren’t a trial lawyer, he would have become a chef or restauranteur!

Do you need assistance from an attorney in the Sacramento area? Just call (916) 520-6639 for a free consultation with Attorney Schaff or another member of our highly-skilled legal team.