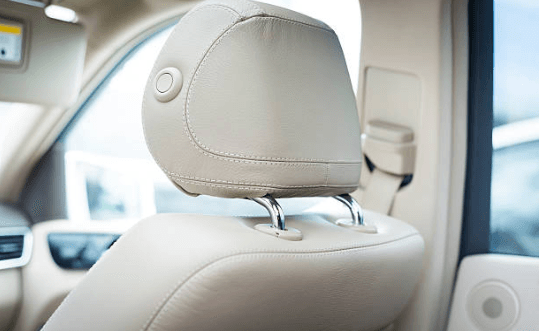 Although Chrysler cars come with a safety feature that is designed to provide protection to passengers and drivers, some say this feature is causing injuries and putting other consumers at risk. Kershaw, Cook & Talley partner, Stuart Talley, recently filed a lawsuit on behalf of clients who suffered head injuries caused by Chrysler headrests.

Consumer Laura Baca was searching for a new vehicle that would be safe and reliable. She chose to buy a 2014 Chrysler Town and Country minivan. But last summer, Baca was parked in her driveway when she was suddenly smacked in the head.

Speaking about the incident, Baca said, “I just suddenly got hit very hard in the back of the head. And it pushed me completely forward. I dropped my phone, my hands went down by my feet. It hurt really bad. And I was very confused about what had just hit me.”

Baca was struck by a headrest that deployed unexpectedly in the vehicle and ended up suffering a concussion. "I never thought that my headrest would just hit me in the head explosively," she said.

Why Does the Headrest Hit Drivers & Passengers?

The headrest in the Chrysler Town and Country minivan can detach and spring forward in order to prevent whiplash during a rear end collision. However, some drivers claim that the headrest can randomly activate.

Some drivers and passengers don’t trust the safety feature, so they started taking measures to keep the headrest from deploying. Client Shawn Alger had a 2015 Jeep Grand Cherokee, a vehicle that is also manufactured by Chrysler. He was concerned about the headrest and secured it with a bungee cord. According to him, the original headrest expanded while he was behind the wheel and caused a concussion. "All of a sudden I felt a hit in the back of the head," said Alger.

The National Highway Traffic Safety Administration (NHTSA) has received complaints about the headrest from 150 Chrysler drivers over the last few years. The complaints range from a Jeep driver who suffered a dislocated neck, to a Town and Country minivan driver whose headrest didn’t deploy during a rear end collision, but did hit him in the head 10 days after the accident.

Although consumers desire a recall, Chrysler says the vehicles that the company manufactures "meet or exceed all federal safety requirements," and that "in the rare event of inadvertent deployment, there is no unreasonable risk of injury."

However, Stuart Talley believes “this is a serious safety issue.” According to Mr. Talley, a plastic bracket inside the headrest that holds a spring in place is responsible for causing the malfunction. When the plastic bracket breaks, the spring is released and the headrest will subsequently deploy.

Millions of Chrysler, Dodge, and Jeep cars were manufactured with this potentially defective “safety” feature since 2010. As a result, Kershaw Cook & Talley filed a lawsuit on behalf of those who have been injured by the headrests. Speaking about the lawsuit, attorney Talley said, “The goal of this class action lawsuit is to force Chrysler to initiate a recall to fix this problem."

To learn more details about the lawsuit against Chrysler, click here: https://www.nbclosangeles.com/investigations/Chrysler-Recall-Jeep-Headrest-Concussion--501840761.html

Talk to a Lawyer Today

At Kershaw Cook & Talley, our legal team is committed to helping clients obtain maximum compensation for their personal injury cases[NO2]. We represent clients in Sacramento and nationwide. If you have been injured by a headrest in a Chrysler vehicle, you should immediately consult with our team to discuss your legal options. We will review your case and build a strong legal strategy that will protect your rights and interests. Let us get to work for you today.