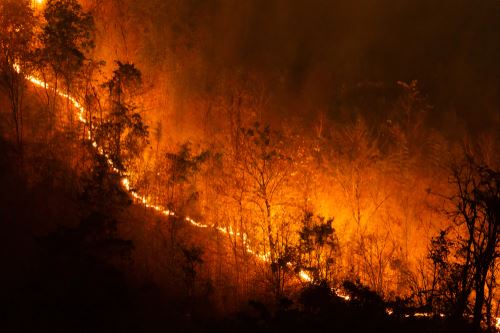 California has been a topic of much discussion lately with the roaring fires that have devastated multiple cities and towns throughout the state. Last month alone witnessed major fires in both Northern and Southern California.

Unfortunately, these fires have affected the lives of many.

The most recent fire in Northern California is the Camp Fire, which has caused significant damage to much of Butte County, including the towns of Paradise, Centerville, Magalia, Concow, Butte Creek Canyon, Pulga, Yankee Hill, Chico, Butte Valley, Forest Ranch, Inskip, Helltown, Stirling City, and Oroville.

Our goal is to bring about public knowledge of this serious situation, including what causes situations like this, how difficult it can be for the communities involved, and what people can do moving forward to reinstate their hope for their own future.

When individuals awoke in the Pulga, California area on November 8, 2018, they were already greeted by the fire as the first report came in at roughly 6:33 A.M. PST. The Camp Fire, named after its place of origin at Camp Creek Road, was under Pacific Gas and Electric Company (PG&E) power lines by Poe Dam.

Not long after the fire had begun, there were already evacuations ordered in the Paradise area, as well as in the surrounding communities. As the wind pushed close to 50 miles per hour, the fire grew rapidly and by the following morning, roughly 20,000 acres had been burned and 15,000 structures had been threatened.

By early morning November 10, reports claimed that the fire had grown even more immensely, reaching 100,000 acres and was at 20% containment. A total of 6,713 structures were destroyed and the death toll reaching 42.

It quickly became the deadliest wildfire in the state’s history.

At least 196 people were still considered missing as of November 29.

In total, more than 153,000 acres and countless homes and commercial buildings were either lost or damaged. The city of Paradise had suffered nearly 80 to 90% of their buildings being lost in just the first few days of the fire.

What This Means Moving Forward

Now that the fires have been contained, the California Department of Forestry and Fire Protection have launched an investigation regarding the Pacific Gas and Electric Company and their compliance with state laws in the area at which the fire began.

According to reports, the fire started at a property where the company had detected sparks just one day before the fire began. The company had reported the damaged line 15 minutes prior to the first report of the fire. This was the same line, the Caribou-Palermo transmission line, that was damaged due to a windstorm in 2012.

Another line in Concow was reported as malfunctioning just half an hour later. This is being looked at as the cause of the second ignition source.

Now, residents of Paradise and the other areas begin to head back to what is left of their towns. Areas are being allowed to return a few at a time, with some still having to wait several weeks until it is completely safe.

Town officials have announced that individuals whose homes have been severely damaged should not try to live there, especially while ash and debris are still present.

Just 1,700 structures remain standing in the small down.

One of the biggest question marks now becomes who is to blame. How do the people in this beautiful community recover after such tragedy? There must be something done to truly help them move forward, and that is where the potential of legal matters comes into play.

As such, these families need hope that something can help them recover. It’s important for them to recognize the legal options available to them so they can rebuild their homes—or for those who have lost their loved ones, hold the responsible parties accountable.

At Kershaw, Cook & Talley, we want to be the beacon of hope that you deserve during this trying time. This is our community and this negligence impacted our neighbors. We truly care about helping those impacted recover in the most effective way possible.

Our team has started taking the steps necessary. We recognize that negligence is involved and the parties responsible. As such, we’re ready to help our neighbors, our community, and our clients do whatever it takes to be successful.

Your needs come first at all times. Trust that we’re here for you today, tomorrow, and always.

Call our firm at (916) 520-6639 today if you or your family has been impacted by the Camp Fire. We’re standing up to PG&E, working to hold them accountable and seeking financial compensation and justice for those who have been fatally injured or who have lost their home or business.