Can I Sue if I am Injured at a Sporting Event? 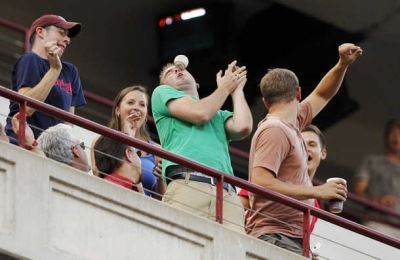 We are in Major League Baseball season, and if you were planning on catching a game sometime this summer—you should probably watch out for foul balls. According to a Bloomberg study, an average of 1,750 fans are injured by foul balls and broken bats at Major and Minor league ballparks each year. Unfortunately, flying sports equipment isn’t the only thing that caninjure spectators at baseball games. If you’re one of the unlucky few to get hurt at a sporting event, you can potentially file a personal injury lawsuit to recover for your injuries. There are a few points to keep in mind.

A sporting event personal injury lawsuit will most likely be based on a theory of negligence. Owners and operators of sporting venues owe spectators a duty to act reasonably and protect against foreseeable harms. If this duty is breached and a spectator is injured as a result, that spectator has a decent claim for negligence against the venue. However, sporting venues are likely to have a few defenses against this claim:

“Assumption of risk” acts as a complete defense to negligence in California. If the sporting venue can prove that the injured spectator knew of and appreciated the risk of injury and voluntarily encountered it anyways, the possibility of recovery will be eliminated. For example, if you attend a baseball game and sit in a seat that isn’t protected by a net—you may have assumed the risk of being hit by a foul ball. However, you probably did not assume the risk of being hit with a flying hot dog, as that occurs far less frequently.

Spectators effectively sign a “waiver of liability” by purchasing a ticket. If you have purchased a ticket to a sporting event recently, this waiver is probably printed on the back of it. These waivers, however, may be difficult to enforce depending on the circumstances, and they do not release venues from all types of liability. If your ticket contains one of these clauses, you may still be able to recover if you were injured.

If a spectator is partially at fault for their own injury, engaging in risky behavior like excessive alcohol consumption, the venue is likely to use “comparative fault” as a defense. The good news is that in California, the plaintiff’s recovery will only be reduced by the percentage they are at fault. For instance, if you were 60% responsible for your own injuries, you can recover the remaining 40% from the venue if they were also negligent.

If you want to file a claim, it is a good idea to talk to a lawyer about your options since personal injury lawsuits and the defenses are complicated. At Kershaw, Cook & Talley, we have decades of experience representing clients in negligence actions, nationwide. If you were seriously injured at a sporting event, due to venue negligence, call us for a free case evaluation at 888-997-5170 or fill out the confidential contact form on our website.