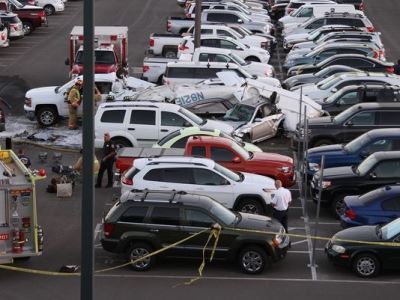 September 11th- On Sunday in Nevada, three individuals lost their lives in a tragic plane crash, according to NBC News. Ian Gregor of the Federal Aviation Department reports that just after taking off from the Reno-Tahoe International Airport around 6:15 p.m., the Piper-Cherokee plane carrying the three people crashed into a parking lot. The Reno-Tahoe International Airport reported that the plane was heading for San Carlos Airport, which is about 23 miles south of San Francisco.

According to SFGate News, the Washoe County Coroner’s Office, the three people who died were the pilot, 57-year-old Robert Drescher, Ed Mumbert, a San Jose Bail bondsman, and 34-year old Ronni Hernandez, whose hometown remains unknown. Witnesses reported that the crash damaged 13 cars, totaling three. It remains unclear whether the crash resulted from negligence or a defect in the plane’s function.

A number of factors involved in an aviation accident can give rise to liability. If airport personnel fails to fulfill their duty of ordinary care in ensuring a safe flight, and such a breach of duty results in injury or death, then the airport can be held liable for the injuries.

If you or a loved one has been harmed by a plane crash, and you believe the crash resulted from negligence or a manufacturing/design defect, contact our office.