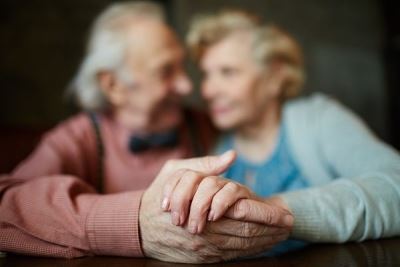 A new rule announced earlier this week by the Centers for Medicare & Medicaid Services could be the most significant change to rules governing federal funding of nursing homes in 20 years. The regulations, set to go into effect on November 28, ban pre-dispute binding arbitration clauses in nursing home contracts. Section §483.70 of the Code of Federal Regulations will be changed to implement the following:

This change seeks to restore a fundamental right of millions of elderly Americans — the right to have their day in court. Like many consumer and employment contracts involving arbitration clauses, including these clauses as a prerequisite to admission catches many elderly signees off guard at a time when they have little realistic choice or ability to comprehend the contract’s consequences. To be clear, parties will still be able to elect to use arbitration after a dispute arises should they decide it is the best method for resolving their dispute. But, pre-dispute, binding arbitration contracts will no longer be permitted.

Specifically, the rule applies to facilities that receive money from Medicare or Medicaid, and will withhold federal funding from any nursing home that continues to require that its residents resolve any dispute in arbitration. Nearly all of America’s 15,000 long-term care nursing homes and their 1.5 residents will be affected.

In addition, the bill introduces new requirements aimed at improving the quality of care and reducing unnecessary hospital re-admissions at nursing homes. For example, nursing homes will be required to provide “nourishing, palatable” food and develop a care plan within 48 hours of each resident’s admission to the facility.

This overhaul comes after two especially severe cases highlighted the ability of arbitration proceedings to conceal patterns of abuse and other wrongdoing, spurring officials from 16 states to advocate for the change. The cases involved a 100-year-old woman who was strangled by her roommate and a 94-year-old woman who had died at a nursing home from a head wound. The confidentiality of arbitration proceedings, extremely limited ability to appeal and lack of public database to record outcomes are only a few of the troubling aspects of arbitration.

If you have questions about an elder abuse, sexual harassment, wrongful death or other claim related to nursing home procedures, please contact our office.