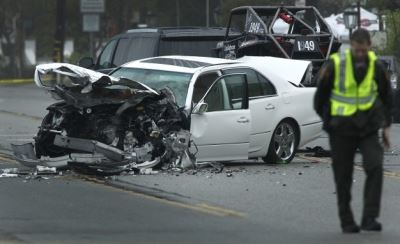 As of January 1, 2017, “holding and operating” a mobile phone for any reason while driving in California will be against the law. The exception to this rule is motorists using smartphones that are mounted to the dashboard or windshield for functions that require a single swipe motion or tap of the driver’s finger. Launching apps and surfing the web is outlawed.

According to Distraction.gov, here are the current California state laws including the latest restrictions:

Note: California defines novice drivers as drivers of all ages under the age of 18.

The first restrictions on cellphone use while driving in California were passed by the Legislature in 2006. Existing laws ban drivers from calling and texting while on the road unless using a hands-free device (e.g. Bluetooth). However, using navigation apps was not illegal under current law. The bill was introduced by Assemblyman Bill Quirk in order to prevent distracted driving.

80 percent of all crashes result from distracted driving/driver inattention. In 2014, 3,179 people were killed, and 431,000 were injured in motor vehicle crashes involving distracted drivers.

If you or a loved one suffered injuries in a car accident, caused by another party’s negligence, contact our experienced lawyers to help protect your legal rights. Call us at (916) 520-6639 for a free case consultation. You may be entitled to compensation for accident-related expenses such as medical bills, lost wages, and pain and suffering.