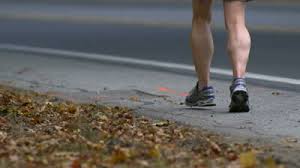 David Crosby of the former folk-rock super group Crosby, Stills and Nash agreed to a $3 million dollar settlement yesterday, for his crash into a jogger on Baseline Avenue in Santa Ynez, California. Crosby claims that he had not been drinking and was “blinded by the sun” when he crashed his 2015 Tesla vehicle into Jose Luquin, who was on an evening run with his 14-year-old son. However, according to the plaintiff’s suit, Luquin was “informed and believed” that Crosby had been drinking prior to the accident. Crosby is known for his lively history of abusing alcohol and other drugs.

The officer present “determined alcohol was not a factor” and also noted that Luquin contributed to the accident by jogging with traffic on the side of the road.

Those at the scene took Luquin to a hospital in the area to attend to his broken leg, broken shoulder, broken ribs, and damaged kidney. The settlement allots $2,950,000 to Luquin and $50,000 to his son.

According to the Centers for Disease Control and Prevention (CDC), 9,967 people were killed in alcohol-impaired driving crashes in 2014 alone. This accounts for 31% of all traffic-related deaths in the US. Drugs other than alcohol were involved in about 16% of motor crashes.

Legal Rights of those Injured

In situations like these in California, those injured by a driver can recover damages for negligence if the driver breaches his or her duty to act with ordinary care, resulting in harm. Drinking and driving can certainly serve as such a breach of duty. However, if the injured party somehow contributed to the damages by acting negligently, recovery will be diminished in proportion to the percentage of fault attributable to the plaintiff. If Luquin took his case to court, a jury would likely determine what percentage of the accident was his fault for jogging on a less-than-strategic part of the road.

If a negligent driver has caused you or a loved one harm, contact an attorney in your area to assist in remedying the situation.