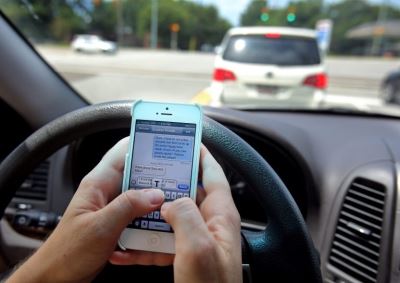 As technology advances and the popularity of mobile devices increases, so do the number of fatalities and injuries associated with texting while driving. According to the National Highway Traffic Safety Administration (NHTSA), 18% of all fatal crashes in 2012 were caused by driver distraction. In one year alone, 3,328 people died and 421,000 people were wounded.[1] In 2010, one of every eleven traffic fatalities was caused by driver cell phone use.[2] Overall, studies have estimated that twenty-eight percent of traffic accidents occur when people talk on cellphones or text while driving.[3]

Congress has not enacted legislation implementing a national ban on texting or using a wireless phone while driving, but a number of states have passed laws banning texting or phones usage or requiring hands-free use of wireless phones while driving.[4] In June 2012, the National Safety Transportation Board (NSTB) issued a recommendation to ban the use of all cell phones while driving, including hands-free devices. California has legislation addressing each. Subject to a few exceptions, California Vehicle Code § 23123 forbids driving while using a wireless phone unless the phone is specifically designed to allow hands-free operation and is used in that way. And California Vehicle Code § 23123.5 outlaws texting while driving unless the device is designed to allow voice-operated, hands-free operation to dictate, send, or listen to a text and is used in that way.

Evolving legislation may create questions for employers who require employees to communicate via telephone while operating a vehicle. Generally, the doctrine of respondeat superior (vicarious liability) allows employers to be held liable for their employee’s negligence in the operation of an automobile if the employee’s conduct was within the scope of his or her employment. The often critical question is determining, in an accident caused by texting or phone use, whether the cellular communication was within the scope of the employees employment. Employers who encourage their employees to use hands-free devices as a safe alternative while driving may reduce their liability in an accident. However, determining the full scope of liability is dependent on multiple factors, and parties with questions should consult an attorney.