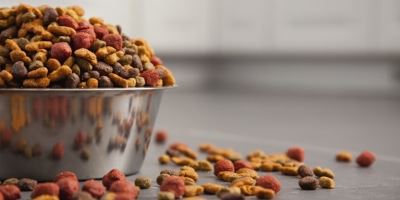 Yesterday Nestle Purina PetCare Co. filed for summary judgment, hoping for a quick victory in their ongoing class action concerning the Beneful brand dry dog food. The class action, Lucido v. Nestle Purina Petcare Company, alleges that dogs were killed or made seriously ill by the brand, which contains the flavoring chemical propylene glycol. The debate about the flavoring chemical and other safety issues has been going on for years, with plaintiffs attempting to show that the company has a duty to disclose certain safety concerns regarding the product.

But the company has been fighting back. After the motion was filed, the company issued a statement saying “[a]fter twenty-eight depositions of the plaintiffs and their veterinarians, eleven depositions of Purina personnel, the production of thousands of pages of documents, including the veterinary records of plaintiffs’ dogs and the necropsies of two of plaintiffs’ dogs, and rigorous testing of Beneful products, plaintiffs have exactly zero evidence connecting Beneful to the injury or death of even a single dog”. Without scientific evidence alleging a connection between the product’s ingredients and the dogs’ symptoms, the allegations are unlikely to withstand scrutiny.

Scientific evidence aside, the internet has been abuzz with various pet owners claiming the Purina Petcare led to the death or serious illness of their pets. Named Plaintiff Frank Lucido of California claimed one of his dogs died and the other two became seriously ill from the product. Another member of the class action, Victoria Burgardt, blames Nestle Purine PetCare for causing her dog to get sicker and sicker until refusing to eat, experiencing vomiting, diarrhea and weight loss. Symptoms in the original complaint include stomach and related internal bleeding problems, liver malfunction or failure, diarrhea, dehydration, weight loss, vomiting, seizures, bloat and kidney failure. Overall, the lawsuit claims over 3.000 such complaints have been filed online over the past four years, alleging similar problems.

In federal court, where the current lawsuit stands, a rule 56 motion for summary judgment alleges that “there is no genuine dispute as to any material fact and the movant is entitled to judgment as a matter of law.” The standard is construed stringently, making sure that factual issues are not determined without the benefit of the truth-seeking procedures of trial. One of Plaintiffs experts has admitted that Beneful contains mycotoxins that could be harmful to dogs if consumed on a long-term basis, but did not provide sufficient scientific evidence to back up his opinion. Whether this is enough to create a triable issue of fact remains to be seen.